On May 10, 2022, the Camden City Council adopted a Food Truck ordinance, MC-5384. This ordinance established a pilot program whereby appropriately licensed food trucks can operate in certain locations in the City of Camden. The permanent locations include the Camden Business District and the following areas with high levels of pedestrian traffic:

8. Other areas as deemed appropriate by the Director.

As this is a pilot program, only a total of seven (7) annual licenses will be issued for the above locations.

Furthermore, in addition to the above seven (7) annual licenses, the City, at the discretion of the Director of Code Enforcement (“the Director”), can also issue one- to three-day “special events food truck licenses.”

In rendering a decision as to whether a license should be issued, the Director will consider and give preference to those applicants with ties to the City of Camden, including whether an applicant is a Camden-owned Business or is a certified New Jersey MBE, WBE, DVBE, VBE or SBE, based on a first-come; first-served basis. In the instance where, after the application of the above preferences, the number of applicants for a Food Truck license or licenses remaining is greater than the remaining number of licenses available from the City of Camden, the Director will conduct a lottery among the remaining eligible license applicants in awarding such license or licenses.

The deadline for filing an application for an annual Food Truck License is , Thursday, June 23rd 2022. Please note that all applicants will also be required to be finger-printed for a background check.

It is strongly suggested that all applicants read through and become familiar with the Food Truck ordinance and its requirements, which is included on this website.

For your convenience, the application for a Food Truck license is also included on this website 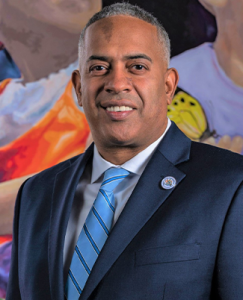